Massive congratulations to our Boys U14 team who won the Leinster Boys U14 Indoor Shield final on Sunday 19th January in Portrane Hockey Club. After a very tense final against Kilkenny HC which ended in a draw (2-2), the boys claimed the cup with a sudden-death shootout victory. Well done boys. Many thanks to Portrane Hockey Club for hosting the competition, to Jacquie Lyons for everything and a special thank you to coach Adrian Quinn for all his hard work with the boys. 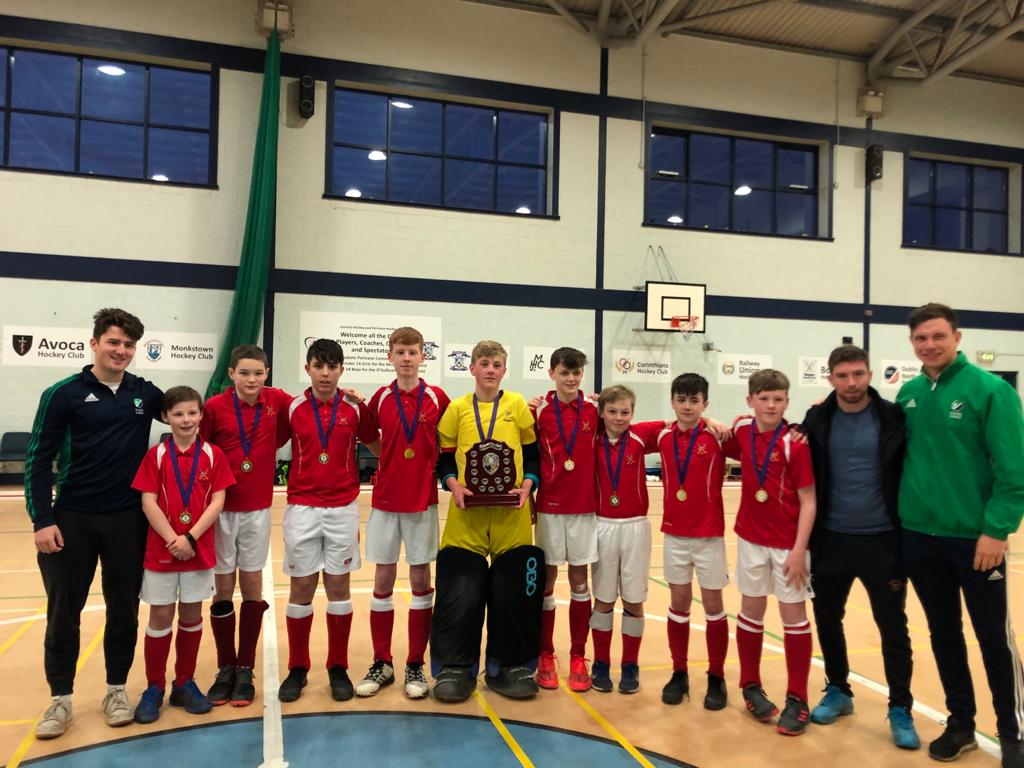