Well done to our Minor girls who qualified for the finals of the indoor McCann Cup which took place on Sunday 26th January in Portrane. It was a very bright and early start for the girls who took on eventual tournament winners, Boyne Hockey Club, at 9am. They played five matches in total putting on a fantastic display of hockey throughout the day. Congratulations to Boyne Hockey Club on their amazing victory and well done to everyone who took part in the competition.
Huge congratulations to our own Rachel Lang who won Player of the Tournament! Rachel was nominated by the coaches as the player who impressed most throughout the tournament. Well done Rachel – your future is very bright!
Many thanks to Portrane Hockey Club for organising a wonderful tournament, to coaches Emilie Ryan Doyle and Barbara Ryan and finally to Ciara Hudson for absolutely everything. 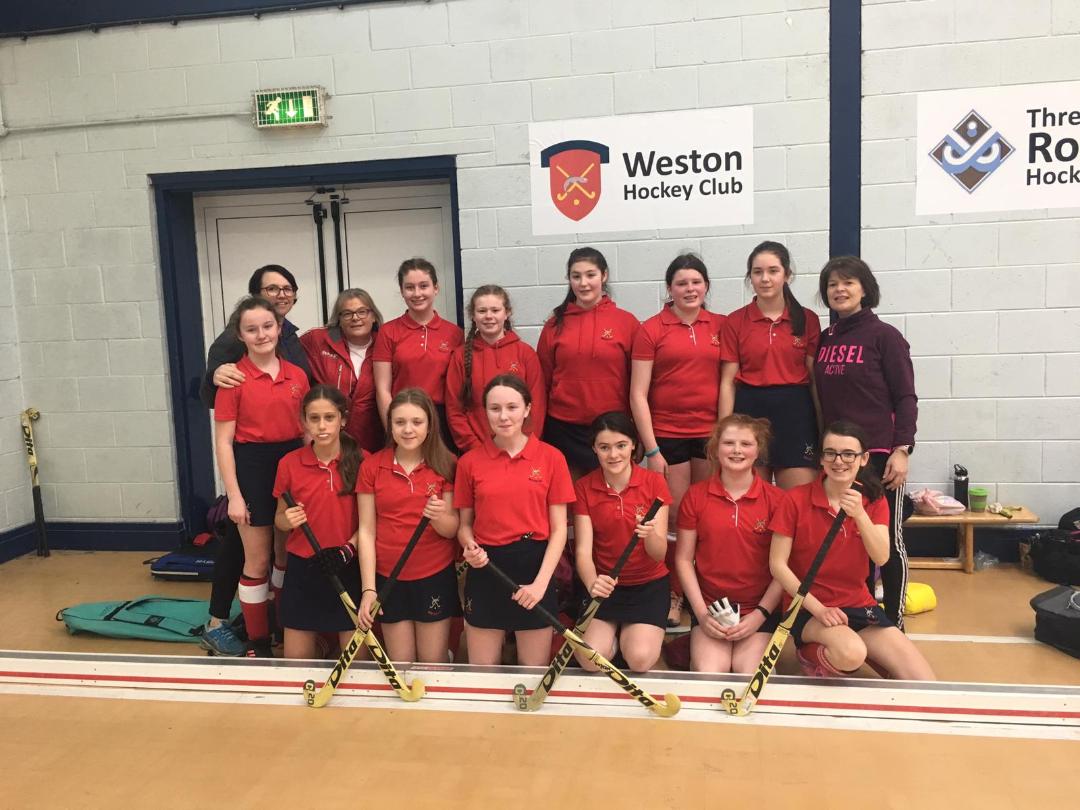